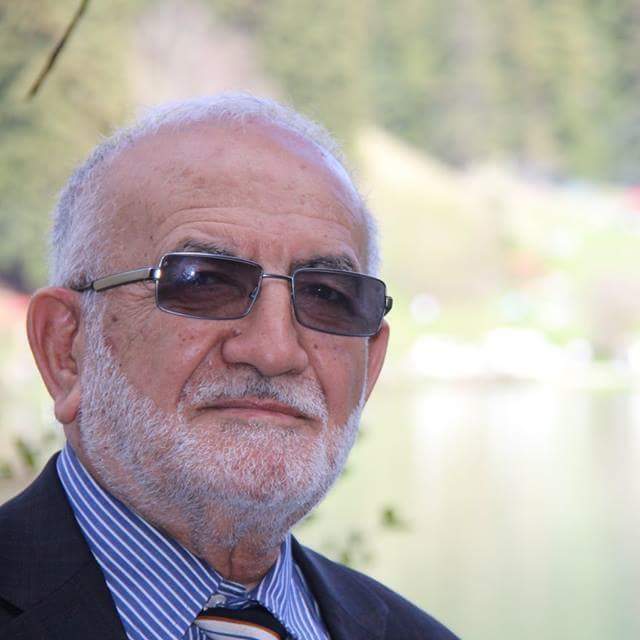 Poet, Prof.Dr. Mammad Ismayıl was born in November, 1939 in the Esrik village of Tovuz region in Azerbaijan republic. His father Murshud died during the Second World War when he was a year old. He finished the secondary school in Esrik in 1957, later in 1964 he graduated from Azerbaijan State University. He successfully completed two years of higher literature courses of “The Union of

Writers of the USSR” in Moscow and in 1998 he received his doctorate with a thesis titled “The motifs of Ashik poem in the modern Azerbaijan Poetry”. He worked as a department manager of Azerbaijan Television and Radio company from 1966 to 1973, an editor-in-chief in the cinema studio from 1976 to 1983, later, between the years 1983-1987 he was a general director of “Ishik” publishing house. He became a founder and a general manager of the magazine called “ Genclik” (Molodost), published in two languages: Azerbaijani and Russian from 1988 to 1992, a secretary of the Union of Azerbaijan Writers and the director of the Literary Union of Young Writers of the same union from 1986 to 1997. He was the general manager of the Television and Radio State Company of Azerbaijan from 1992 to 1993. Mammad Ismayıl was selected a co-chairman of Democratic Forces which had an important role in the struggle for freedom in Azerbaijan. In 1993, because of his political views, he had to leave his Motherland and from 1995 to 1996 he worked as a specialist in 96 the project of Turkish Polish Dictionary of the Turkish Language Association in Ankara. Since 1996 he is a professor at Canakkale 18 March University. He was a member of Union of Writers and Journalists in the USSR and still he is a member of Union of Writers of Azerbaijan and Eurasia. He is a representative of Turkey in the Union of International Writers and Journalists and a member of the editorial board of the journal “Literaturnaya Znakomstvo” (Literary Acquaintance) published in Moscow. The poems of Mammad Ismayıl were translated into more than fifty languages and published in different countries. Until now, more than twenty books in Azerbaijani, eight books in Russian in Moscow, nine books in Turkish in Turkey, one book in Kazakh in Kazakhstan, two books in French in France were published. He was rewarded to “ Golden Pen” for the television program “Land of Fire” in 1969, “Komsomol” for the book of poems “The word told in time” in 1978, N.Ostrovski reward for the books “Arable land over the sea” and “The word told in time” in Moscow. In 1996, he became first in the poetry competition “Happy Birthday Week” organized by the Foundation of Religious Affairs of Turkey, consequently, in 1997 Mammad Ismayıl was rewarded to “Service to Turkish World” medal by Association of Writers and Artists of Turkey. In September 2012,

he received the diploma of first degree in the International Symposium held in Crimea where four hundreds of scientists and artists had attended. Later in 2014 in Moscow, he was rewarded to “Sergey Yesenin” medal and got the certificate of “Golden Fall” for the contribution to the Russian and Turkish literature. More than one hundred and fifty scientific works were translated and published in different languages of the world. He is the author of many scientific documentaries, more than fifty poems were composed by the composers. He participated in the international poem festivals in Hungary, Syria, Russia, Turkey, Vietnam, Rumania, Yakutiya and other countries. His poems were published in “Anthology of World Poetry” in Rumania in 2015. Each year the literary award in his name is given in Turkey

Where does it get its sweetness

how can the honey know?

Where did you sleep in the night

Where will you wake up in the morning

For the  memory of my mother Gülzar

My mother and me

In the memory of future life

They were sent to the Earth

My mother was the bridal dress of the beauty

The apple was the sprout of the forests

I was the babyhood of the humanity

When you have a time, just squeeze me

I am a mother pie,

I AM AT THE PLACE YOU HAVE FORGOTTEN

-Spring,  where do you come from?

From the place I found the God

– Summer, where do you come from?

-From the place I was aged

– Autumn, where do you come from?

From the place I was withered up

-Winter, where do you come from?

From the place I was forgotten

Mourning for the life passed

I’m at the north coast.

Sun behind the clouds

I am in a foreign land

Is there anyone who asks for me?

I am at the place you have forgotten.

PICTURE OF THE FATHER

In the middle,  snow falls in silence

At the back, backless youth

How could he know, what  is ahead

Separation … the heart of the time was bored

A darkening evening on the horizon

My father was with me, my luck was awake

My luck was awake, but I was sleeping

Do these cold verses say something

The sound of the snow was also heard later…

A son, at most,  at one and a half years

Destiny can see the things the human cannot see

What happened in the past, what will happen in the future

This train intends to take us apart

Need to talk was freezing in the air

“The light of my eyes, open your eyes

Maybe,  this  is the last separation!

What is this bitter cold?

There is no need to prove or explain

The word “father”  is already a proof .

The time nibbles my life bit by bit…

I shut my eyes, my luck is tied up

Even I untie it,  my luck will not be  unwrap.

The name of  “the father” is my lifetime comrade

The blood of the memory of my childhood is cold…

There is nothing left such as  memories

There is not even a picture to look and cry…

… The time tries to exit through the gap,

The snow spinning in the air…

Life leaves the life… From this separation

The train leaves with the smoke on its head…

Time was trembling when thinking something

One of the road would have a return,

The train pulls off  the  unbearable troubles

Seeing the state  of the person who looks but not see

Day already down on the mountains

The moon was glad see the clouds in the sky.

The train  would take off pulling the troubles

The dreams of  the baby was snowy…

If he had open his bloody eyes, maybe

He would have a picture of his father within himself…

And put us in between the themselves and  desire

… So,  after a hard day came the evening

The sun would fall down to the branch of mountain from the distance.

The mother would have the evening in her eyes,

The brides were fall to the bed, tired.

Someone would knock the door,

The footsteps would fall down to the heart

Return back and come back again…

In the dreams of the  mother brides,

The empty space of the soldier fathers.

There was the pain in the  dawn,

It was not heard and no one knows.

It was the snow on the roads,

It was snow.. No one came to the houses…

The footpaths  were dead at the many gardens

The roads were facing each other  come to an end…

In the sleeping snowy village

Only the fresh sprouts were awakening.

Sharp as the eye of the needle

As the selfish  greedy eyes…

The cry and complain of the bride

Hardly could warm her mother heart

Her emotions and desires had died

Her love and affections as well…

Where would the flow of the life goes

The burned off and dimmed out.

They brightened their husband’s home

And were  transformed to a “honour nest” !

Give me the familiar smell of the pillows,

The lives lived  and died in one heart

There is a part  of their life in our life’s

Maybe the mothers made a mistake

Give it, what is the sin of the brides?

And put us in between themself and  desire

Between  this earth
Between this sky

Between the their love  and themselves!…  English version by Baanu Akkok 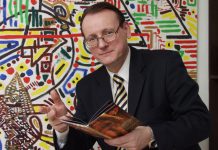 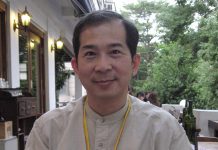