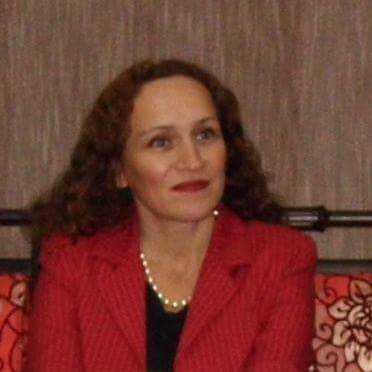 Graduated at the Faculty of Philology in Belgrade. Editor of the literary magazine and periodical “Branicevo”. She has published two books of stories “Two Days without Marta” (2007) and “Salmon swim upstream” (2013), a play “Needless gossip” (2012), a study “The meaning of writing in the new millennium or Is the Internet going to kill the book?” (2015), several books in English with a group of authors from the Balkans published in the Netherlands, a book of poetry “Where Am I, and Why Here?”(2017), a well as a hundred reviews, critiques, essays, stories and poems in the literary magazines, periodicals and anthologies.

Her work has been translated into English, French, German, Greek, Macedonian, Bulgarian, Russian and Slovenian. Her poems and stories are part of the optional readers in the high school curriculum and in the Department of Neo-Hellenic Studies at the Faculty of Philology in Belgrade. She has received awards for her literary work, editorial work and cultural work. She teaches literature and Creative writing.

I do not want to be a poet

You are poisoned by words of the read books,
You are tempted and seduced by the unread ones,
You eat word by word, page by page,
The poison spreads through your body, and through your blood
Reaches your brain and pumps in your heart.
You pour it out on paper then,
Continuing the unstoppable process,
Infected by an incurable virus,
Further poisoning the innocent and the untried.

Why should you be a slave to that, why verses
And not say alcohol, drugs, sex money,
Why should you trouble yourself in the morning trying to remember
A verse that escaped you before sleep
As if your life depended on it,
Instead of simply switching on your TV,
Sitting back in your armchair and watching a show…
Why walk where everyone else drives,
Why swim where everyone else sails,
Why fly alone where everyone else takes a plane,
Why through the mud when you can take a dry path
Long since well-trodden?

Do not bleed in vain, everything has been said
That mattered saying.
As if anybody cares about your kind of rebellion!
Do you think you are special only because
You can walk, swim, fly
And are not afraid of deep mud?
Finally, do you really have to write of love and death,
Sounding smart, elated and swept away, lamenting
Over the unhappy fate of all the poets in the world!
As if somebody forced you to be it,
As if you are the only one suffering.

Being a poet is like having measles,
You are ashamed of venturing among people
Until you are recovered or at least
Until the scabs have fallen off and the scars have faded
So that at least from outside you look like other people.

If you venture into someone else’s company
Even thus, with scabs, thinking you should
Toast with pride everyone that
Was infected before you,
Then something is seriously wrong with you.
Do not fool yourself; do not lie to yourself that you had to,
That there was nothing you could do,
As if there was absolutely nothing else
In the world for you to do.
There are so many honest jobs
You could have chosen.
The truth is you wanted it
And you wanted nothing else,
But only what you love, and to love is a privilege.
What right have you to take this privilege, almost luxury,
For yourself?
As if you cannot see that on the other end
You will be doubly bereaved for it!
You, poet, fool,
Even if you were born like this,
You could have corrected it,
By going to therapy and rehab,
Practicing yoga, science or sport,
Building a political career, constructing, cooking,
Knitting, cobbling,
Going to the monastery,
And even if nothing helps,
Taking tablets, they always help,
And even if they do not help you
You could just die,
Because everything is better than being a poet.

The Underside of Literature

I turned, oh Lord,
I turned in an endless circle

A little cog
In the wheel

I dared to break out
To turn my own wheel

Without the rust and dirt
To create the finest poems

But worries soon caught up with me,
Heavy wheels ran me over

What was left of me
Was melted in a cauldron

I would never allow myself to become a poet.
I’d rather die
A worthy death.

The Birth of a Starfish

The prey of surface
I wander
Through the unknown whirlpool

The wave drags me
To the bottom
And I break

And the Creator Wave
Will make starfishes
From my congealed blood

There, I surrender
(For Oskar Davičo)

There,
I surrender,
To the adventurous hunter
Who kisses
Unfettered by rules
And lures into his arms the adventuresses
Like himself

And I,
With a marital veil
Never raised off my shoulders
Enraged by the hunter’s audaciousness
Stuck dumb
Astounded
By the submissive response of
The heart

I surrender,
To the thespian
Who took off his mask before me
Wiped off his make up
Showed his face
And admitted:

I,
Son of the Moon,
Offer you the moonlight hand
The future in the Milky Way
The cradle in the rain-bearing clouds

Horizon is no limit

I offer you Nothing
And Everything
From Wakefulness to Eternity!

I wove a net for the winds
I shall be his last
Horizon is no limit.

She didn’t know why
She couldn’t explain
In a language understandable to humans
Why
(Maybe the birds and the fishes understand)
And really, what was it
That came down from the sky
Now star spangled
Now grey and black
Onto her chest –
So she gasps like
A drowning man
Through the reeds poking out from a lake…

What is it called?
(Maybe the beasts know…)
It comes from the stomach, whirls and rolls
Like a ball of yarn
Led by a needle
Through the ribs
Over the muscles
Through the esophagus
And over the vocal cords
To the throat.

And when the body becomes a ball of rags,
Pierced, sewn up,
Forever marked,
She thought
(Maybe the actors know?)
That it might be
Something like that thing
That isn’t love,
Although it has the same face…
And she surrendered to it
As a sort of foreplay