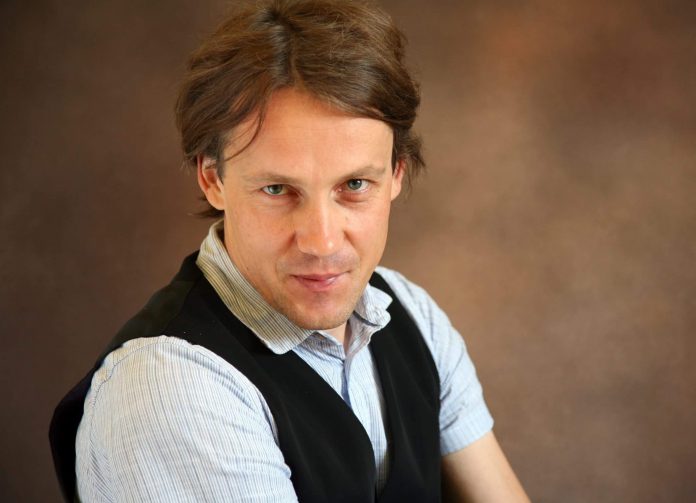 Member of the Board

Translated by the Mary Kathryn Dunn and Katarina Rakušček.

Robert Simonišek (1977) is a poet, writer, art historian and curator. He studied philosophy and art history in Ljubljana (Slovenia) and Graz (Austria), he received a master and doctoral degree from the latter. His poetry debut was published in 2003 under the title Drowned Catalogue (Potopljeni katalog), his second collection Autoportrait Without a Map (Avtoportret brez zemljevida) in 2008, two years leater the collection of poetical short stories Melancholical reflections (Melanholična zrenja) was published. The author gained domestic critical acclaim with his psychologically crafted novel The Room Under The Castle (Soba pod gradom, 2013), which was nominated for the Slovene novel of the year. His relationship to poetry, art, culture and the world was articulated in the essay collection The Crash of Spaces (Trk prostorov, 2015), which received a prize for the best Slovene essayist work of the year. His so far latest poetry collection are Migrations (Selitve, 2013). Simonišek’s texts and books are translated into different languages, his work has been included in several domestic and foreign anthologies. In Slovenia and abroad he published numerous articles on the field of Art history. He is a member of Slovene Writer ‘s Association and PEN. He collected and translated into Slovene poems by Desmond Egan and the novel Lucy Gault by Irish author William Trevor. He currently lives in Slovenia as a writer and a curator who is specialized on international exhibitions.

I would like to stop here,
perhaps only for a few months,
maybe for a few winters.

Life is less predictable
than newspaper columns, their
position unchanged since yesterday
caricatures sedated with power.
Life is brighter than the thinnest glass,
which flies to the ground and dashes
before we delay our decisions.

I do not mind if the ceramics are dull
if the door hinges voice their creeks
and the windows leak sharp air,
gnawing the bedroom at night.

I want to gather thoughts under these ceilings,
listen to the echo’s variations,
return through a long corridor
and imprint myself into an autumn landscape.

All faded lives were
hesitant to make agreements
sometimes in dangerous places,
sometimes in the procession of good wizards.
Let the white walls rise high
and rest their gestures
tired of sidewalks,
let me sit by the flame,
drawing spirits behind my back.

I would like to stop here,
hand over my torn passport to time.
Then I will lock the front door,
carry on with the same reason,
before the night reaches the hedge.

Outside – perhaps an early spring
or late autumn, it’s difficult to distinguish
details and the splatter on the edge
Of a black-white composition
could be a tree or a man in motion.

Undoubtedly, I stand alone in the middle,
with a satisfied expression,
in tightly fitting trousers with braces,
but if the photo hadn’t found itself in a family album,
I would have hardly recognized myself.

Although much is predicted:
slightly raised nose,
eyes closed, long and thick hair,
brighter than today,
as the light was different
that distant afternoon –
so we agreed at today’s table.

Nobody else is in the picture –
my father is probably at the factory
or cutting down trees in the deep forest,
my mother is in an office miles away,
preparing lunch in her mind,
and my sister will come later,
when the house is finished.

I – or what later became me –
with a stick in my right hand,
ready to play, to climb into someone’s lap –
posing before the babysitter,
waiting for something.

Bravo – echoed in the background,
a car slowly cirlcles the yard,
an oversized hand covers my forehead.

That graceful ability of water
to invites us to herself
with almost telepathic grace,
needs no clarification.

Nothing happens,
when rush sails toward green hills
and ragged cloud approaches to swan,
when a meter and a half big catfish rises
from the bottom and surprises fisherman’s hand.

If the sail clings to the wind
and paddle stops in the air,
it is enough to pass by
and withdraw the brench out of the way,
maybe recognize a familiar face
or sit on the edge of a silent backwater.

But even if I stay inside,
there is no difference
between the boy who picks up a stone
and throws it as far as possible,
and me, throwing through another membrane
what will be written.

From the bottom we are both protacted by the surface.
Circles are spreading
behind our backs –
the only trace of this silent game,
which lasts from morning to night.

Low clouds retain watercolor,
spilled on the procession of streets, metal
and city models on the screens,
which flashing new names alternately
and turn over animal blood in us.

The icy granite under the feet
and the air around the heads –
I am the bond among the pines –
is built out of noise that no generation
is able to bring the over the horizon.

The weather is calmer than rumors,
more flexible than womenswear,
which steam on the squares.
We sit and fight with mirrors
and statues carved out the air.

When we fumble for the windows
of the Mediterranean and cool in halls,
sea vegetation falls without resistance.
But when my forehead wrinkles,
I see people asking on the staircases:
How to wake up the wind,
buried in the mountain, the wind,
that will move us away
from the wrong meridian?

When the certain wave splashes,
the new energy ilumines the forms.
I’m overwhelmed by the sound,
nothing is no longer out of reach,
what was difficult it is easier.

The smile swings through the air,
every thing becomes what it is.
Houses fly to the notes.
People at the station wake up,
and if I remove the glass,
water flows between the fingers.

It pleases my nerves,
vanishing on its cliffs
and trust the altitude,
they take breath on this flight
as a spoiled teenager,
preparing herself for the party.

I love how we surrender to highways,
how we press car meters
and I allow her to be seduced,
when the rhytm wraps around my neck,
taking coins from my pockets,
putting mountains and seas in my jacket.

And from eternety I know
that the adventures prefer rock
and classics belong to those who understand.

Therefore I lose control,
if someone sneaks and reduces the volume,
because nobody knows,
does not exceed in such way,
when the certain wave splashes
music – our cheapest shelter.