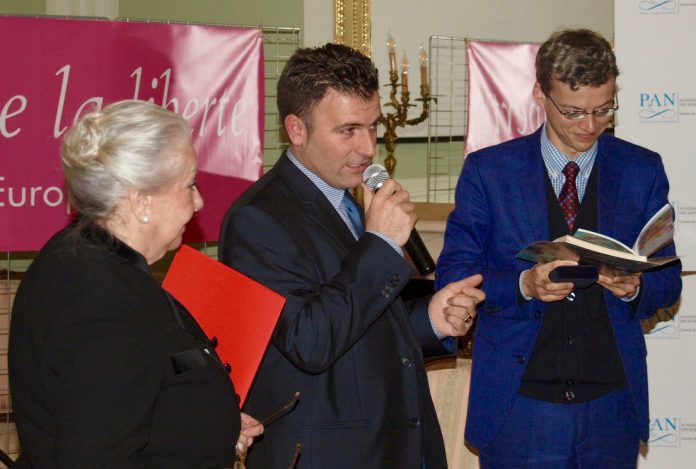 ​JetonKelmendi is a poet who has his first step forward in the poetry from the state of solid silence. Reading his poetry we have an impression that his verse universe doesn’t correspond to our enthusiasm and so a priori we cannot lean on our exaltation. The reflection on these verses with staccato rhythm states us to establish a phenomenological deal with that sparse, but very wordy verse and it would berhetorically pronouncing those verses internally, in our lingual optimum and by rethinking before interpreting them. Always, when we attempt to learn some foreign language, we consider it learnt only when we learn to think on that language. “Fateful space” is a book with wide semiology panopticum of its verse. The pulse of the strophes, while the poem flows, seems as if they areconstructing on their own. That poem infuses in our knowledge so far and states us to rethink again the issue it has themed and to return on the phenomenological constellation of all versestipulations and then, to close the book just for in a few minutes to open it again and carry ourselves inside. 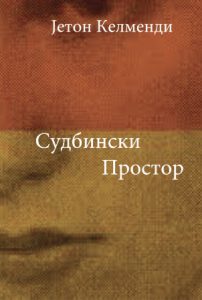 All directions have only one way

You, who didn’t spoil the willingness of the dream

What do you demand of the reality,

Where Yesterday becomes The Day Before,

You took all mine with you,

And scattered them so far of me,

It could be very late.”

What do you demand of the reality

​The time catalyst in Kelmendi’s lyric poetry sounds like suffering, and it’s continuously present in almost all poems which are treating love, woman and the atavism of the female sense. The poems like: “I Dream Her Sleeping Inside Me”, “A Devilish Ghost”, “Hoe To Name You”, “We Love Each Other With Words”, “After the Introducing”, and as well as the longer one “Lady’s Word”, are mixing that alchemy of the love turbulences imposing one experiment both inside the verse essence as well as in the content and formal meaning. The love lyricism of Jeton Kelemndi’sexcites with its uniqueness exactly because of the ambivalence of the verse itself, its magic dualism whose impression leads us into reaching our own conclusions, but only after the second, or maybe after the third reading of the book.

​The reflection, the philosophy aspect of this poetry book flows through the veins of general reminiscences, who stream through the verse penetrate into an eclectic decisiveness, leading us, as readers, not to keep only on the generality, but to find all considerations and deliberations in our life experiences and to establish conclusions on our own:

It’s hardly for the day to come for us,

With the wrinkles conveyed

After our tiny steps.

Where to put ban for the time

And the day begins with pastoral.”

Where to put ban for the times

His aspect is global, but as a wise poet, Jeton Kelmendiin the punctually and lexically determined verse managed to reach the deepest human dilemmas and in the same time making that verse to sound impressive, without the unnecessary abstractions and delusions. The author transfers his intellectual concern about the word’s fragility, about the deep abysses where evil anddisaster lies, about the unfortunate oddity when has to be given the space to feelings and the wellness through the real “poetics” that the blank verse only underlines it and make it absolutely affordable for the reader, affordable to that extent where the reader gets returnedto his essential philosophical considerations. That’s finally the basic function of every literary genre – to throw the glove in the face to the elementary human impertinence and to lead the human kind to individually create a better place for intellectual awareness. Even more, poetry’s assignment is much harder because it has to do all this with a smaller amount of words unlike the prose or the drama genre. So, here lies the wisdom of Jeton Kelmendi’s poetry book, and so the title is created: “Fateful space”- here exactly, in this tiny, blank, but heavy verse, full of philosophical reflections.

​Even though is smaller, the third segment of hispoetry has epic prominence and it relates to the most significant people who denoted the human civilization with their works being part of this author’s exaltation: Mother Teresa, Ismail Kadare. This poet, in those much longer poems, especially in their verse weaved the epical determination as a genre and proved that lyrics and epic are two different genres in poetry, but, that poetry, as a literary expression is much more dependable of the inspiration rather than the expression:

“You were a bit of Gonja, a bit of Calcutta,

And you prayed becoming

A Life Distant by Itself

​The epic moment and the verse dynamics are flowing into a sensuality which releases the epic itself of some kind of pure parolls, and the reflections of the incomprehensibility. It’s another characteristic of JetonKelemndi’s poetry– the literary unity. It’s a literary organic that excites and inspires, because, finally, the literature is the one that through inspiration reproduces itself in new expressions. The lyric in this beautiful poetry book is a silent wave of emotional reincarnation happening cyclic in all poems of this provenience exactly like the human bean reincarnates itself influenced by love and passion.

​The poetry book “Fateful space” has anthological value and the ability to reach back in the past and forward in the future as well, because it deals with the civilization exaltation and grieving. It’s finally one of this author’s latest works who is translated in more than forty languages. He is also an academician and highest European intellectualist whose books are on the shelves of the most prominent institutions, and his poems are included in numerous world poetry anthologies. Jeton Kelmendi is young, but has impressive biography of a writer and scientist. The thoughtfulness of his poetry is a process whose maturity is a continuous gift for us until our mind is considering the eternity. 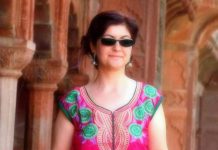