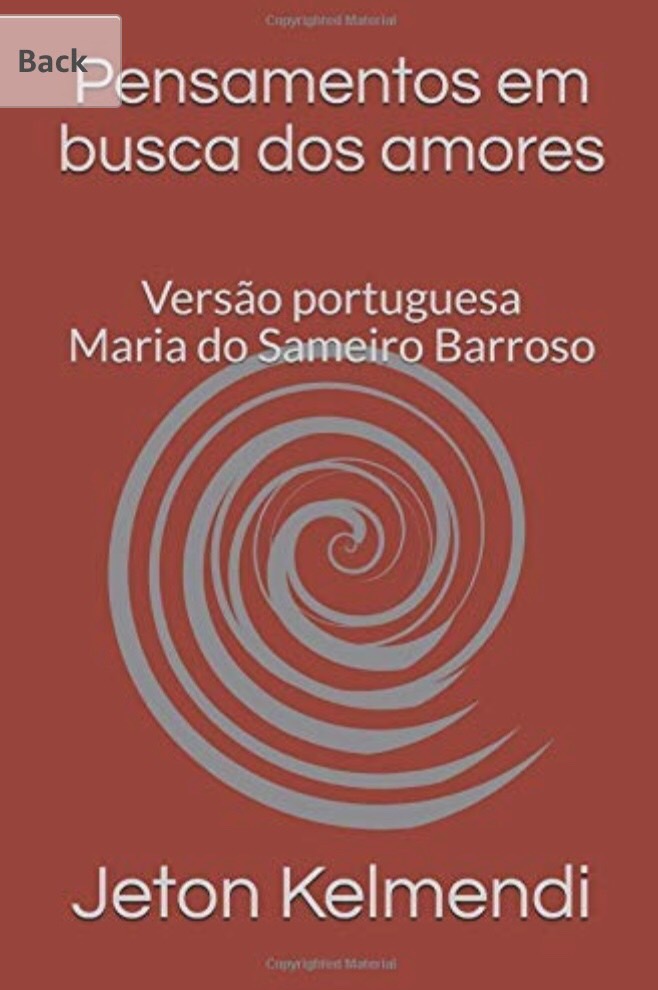 ON “Thoughts hunt the loves” BY JETON KELMENDI

In his foreword to the book “The Meaning of Another” by the Albanian poet Jeton Kelmendi, Ernesto Kahan – Nobel Peace Prize in 1985 – recounts that, during the reading of the poems, he felt as if he was immersed and static in a state of deep meditation. The meditation we know as not having been soft, smothered by delicate verses, but as having been sharper, carved into the straight poetic rock of the poems. It was not even been a mixture of contradictory feelings in which love, geographic features, the nostalgic glimpse and the memory of war come up interconnected. Words come up entangled into a melancholy yarn ball, in which the loss of someone, a presence marked by an eminently constructed and destroyed territory, is presented either as a telluric and palpable, or as a mental territory.

We feel the same throughout the reading of Kelmendi’s book –“Thoughts hunt the loves”. Poetry continues to sound inspiredly by the lines of a specific cultural, geological and human intersection. Almost like in a ballad of departure and return, we listen, feeling and hearing, as in other texts, a background tune carrying us into the recent and ancient historical reality of the Balkan region where Kelmendi was born (Albania). We listen to its passions and beauty, even when the sharp wind seems to bring us the waft of memories and experiences of the twentieth-century war.

Moreover, the book requires this territorial imaginary, conveying this memory at a time lyrical and conflicting. Images of love and space, either dead or empty, come to us through a delicate, clear voice, nuanced by a devotion to the earth or to human nature. In his poems, Kelmendi brings up a search for the people traced everywhere. Their absence creates a void on the slopes of memory, recalling lost lives, cities, personal or collective stories, including the course of the historical reality of Albania and the Balkans. We hear echoes of the names – Chameria … Kosovo … Besa … Prizren in the silent evening- listening to verses like “I think you’re following me/Long journeys of thoughts/Every morning,/Modest evenings./My purpose is the baptism of the aliens,/Where the visible and the invisible/Will be treated fairly”. We can not shy away from a feeling of separation in which our identity is embedded by the unveiling of mysterious, allegorical presences, and from stories in which we breathe the dust of the earth, of oblivion, up to the encounters and mismatches of memory. A faint border always delimits all that is apparently visible and not visible creating an identity melancholy- The images, the luminous material of our interminable path, carry us through cliffs, mountain rails, roads, border lines, dark or eternally illuminated thoughts. It is as if we were always facing the crossed tracks, the shadows in which we travel together or separated throughout life when walking on a hill. We can not stop remembering nor hearing in the distance the sweet, pungent, unforgettable chords of melodies of the passage of time and finitude – the Bosnian and Muslim sevdalinka — “Distances./Hours to overcome/And I am alone,/Everything goes in its own/way”.

However, everything should always be seen through the eyes of hope, recognizing and surrendering to the love you get, lose, but never ends; maybe as if love was the last response to the time shaped in the lights of the cardinal points. From the East, from the West, from fragile instants sinking into memories, it is as when everything ends, closing a search that will fill the desolate Balkan lands with life from Kosovo, Albania and Sarajevo. Everything is lived in an intense passion, waking the true human heart to those who continue and remember them — “Across the hills/Numerous stone graves/High, white,/They make it foretold/History.//Now/Just imagine the irony/Of luck/Or the same fate with Sarajevo/My homeland too.”

At this point, for those who know Sarajevo and have crossed the roads from Mostar up to their hills, these verses by Kelmendi are striking.

Whether in a lyrical walk, or wandering in a country of returning ghosts that do not leave, or in words sounding like hot flushes of love, like breathing, poetry, by virtue or essence, is a unique possibility of entering an atmosphere of language, experience and knowledge. Like the water that flows in the rivers of Spring, it always resists. Jeton Kelmendi´s poetry belongs to this category, being direct, sometimes circular and oblique, keeping a stoic silence. Its sensitivity around the sphere of language enhances the transmission of beauty, as if each poem, each verse – like THOUGHTS HUNT THE LOVES – was covered on the one hand by the grey veil of uncertainty, and on the other, as if each could sprout like a red poppy, reflecting the reminiscence of the beauty of the world and life.

Personally, the reading of Kelmendi´s book has brought to my mind memories, mirrors between the East and the West, fissures, faces, stars situated in the regions of war. Distance between what is unfathomable and what is our own self, carries the feeling of time, the loving fusion in one another during the war, sometimes especially during the war. And I could not help thinking that lives, real or illusory, like the tides or the dreams in which we walk from city to city, from place to place, always meet in just one and unique life, and also in the movement of the world, in the route from the past to the future, and from the future to the past – everything being lived and lost at the same time —

As in these beautiful verses —:

“In which star is fate?
Polar star so glistening,
Or my gaze
Trying to break through the distances
They share us,
Me and you, the other side
The Magic Confession.
When I got to know my life,
My motives are figuring out,
Songs of the birds of the night;
While others told me
We are passers by, we just grow old and pass.”

— as if, after all, we were living and dying, always with intensity, on a journey, tracing the maps of the unknown in the sun, watching the tracks of our footprints left behind.