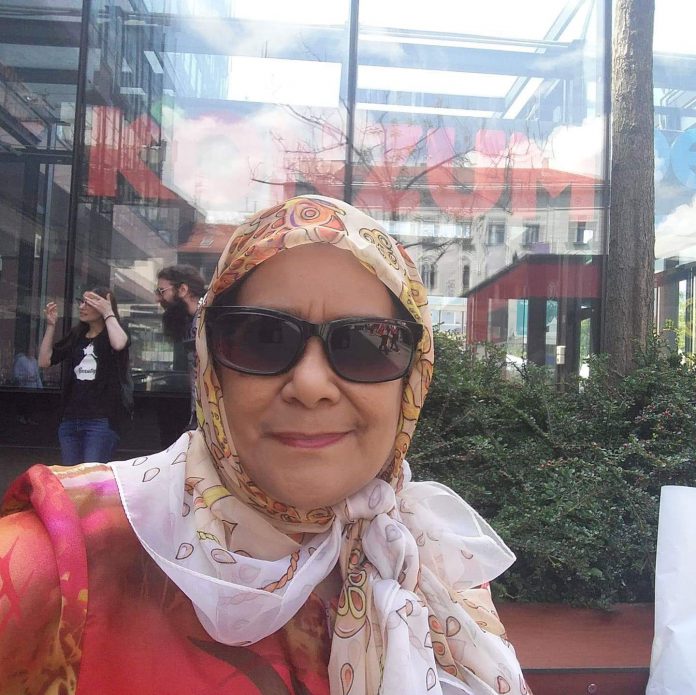 Rokiah Hashim  writes  using  the name  Siti RuqaiyahHashim  was born in Pulau Pinang , Malaysia. She obtained Bachelor of Arts in Theatre and Drama and History in 1977, from University of Science, Pulau Pinang. She continued her studies in University of Sydney, Australia in 1984. Andobtained her Post Graduate Diploma in Translation from Institute of Translation and Books, Malaysia with specialization in Literature Translation.  She worked as a teacher and lecturer in Institute of  Teaching Education for 20 years before retiring  early  in 1998  to be a full time writer.

She taught in  Institute of  Translation and Books Malaysia and Academy of Arts and Heritage  (ASWARA) in Literature Translations for few years. Starting from  1987her poems and short stories were published by mainstream literature magazines and newspapers.  She is also prolific in film and theatre critics and wrote since 2007 in her column ‘Variasi’ in a major national daily in Malaysia and published a film critic book  Kritikan Filem Siti Ruqaiyah Hashim in 2015. She also wrote some 250 films and theatre articles.

Her  second bi-lingual anthology in Bahasa Melayu-English  under  peace poem  series together with 16 other world poets titled  Peace Be Upon You Davos was published by Kultura Snova, Zagreb recently. She is now working on a third peace poem series with other world peace poets. It will be published in Zagreb by Kultura Snova in Croatian and English language. Her works also appeared in numerous other anthologies together with other world poets. Her poems were translated into Mandarin, Croatian, Uzbekistan,Arabic, Spanish, French, Japanese, Mongolian, Italian, Macedonian, Russian, Turkish and Albanian. She is a prolific poetry translator and her works appear in many International magazines. She is a member of World Congress of Poets (WCP), Union of Bosnian Artists (UBU) and Perak Creative Association. Her poems won in poem festivals outside Malaysia. Siti Ruqaiyah Hashim is also a peace and anti-war,human rights and environmental activist and is an Associate Author of Diogen.Pro Cultural Magazine published in USA and writes in many international magazines.

ON THE EVE OF AIDIL ADHA