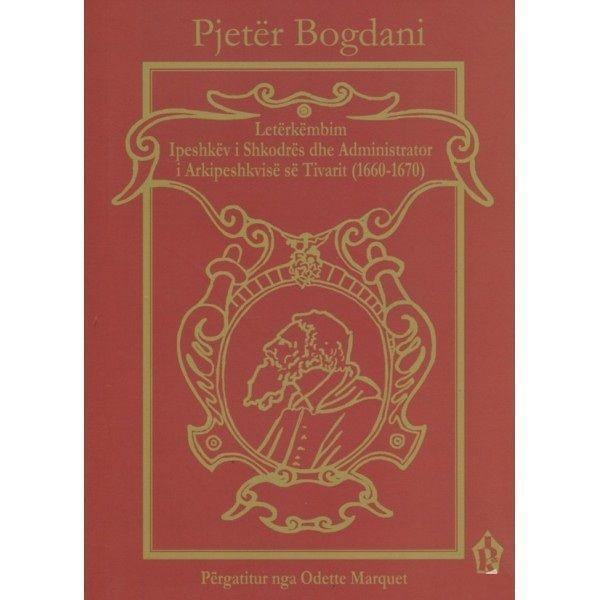 Pjetër Bogdani (c. 1630 – December 1689), known in Italian as Pietro Bogdano, is the most original writer of early literature in Albania. He is author of the Cuneus Prophetarum (The Band of the Prophets), 1685, the first prose work of substance written originally in (Gheg) Albanian (i.e. not a translation).

He was born in the village of Gur in the area of Has, near Prizren in 1630.[4] Its exact location is unknown,[5] but Robert Elsie has proposes two modern day villages of Gjonaj and Breg Drini in Prizren area.[6] Bogdani was educated in the traditions of the Catholic church.[7] His uncle Andrea Bogdani (c. 1600–1683) was Archbishop of Skopje and author of a Latin-Albanian grammar, now lost. Bogdani is said to have received his initial schooling from the Franciscans at Chiprovtsi in modern northwestern Bulgaria and then studied at the Illyrian College of Loreto near Ancona, as had his predecessors Pjetër Budi and Frang Bardhi. From 1651 to 1654 he served as a parish priest in Pult and from 1654 to 1656 studied at the College of the Propaganda Fide in Rome where he graduated as a doctor of philosophy and theology. In 1656, he was named Bishop of Shkodra, a post he held for twenty-one years, and was also appointed Administrator of the Archdiocese of Antivari (Bar) until 1671.

During the most troubled years of the Ottoman – Austrian war, 1664–1669, he took refuge in the villages of Barbullush and Rjoll near Shkodra. A cave near Rjoll, in which he took refuge, still bears his name. Eventually, he was captured by the Ottomans and imprisoned in the fort of Shkodër. The bishop of Durrës, Shtjëfen Gaspëri later reported to the Propaganda Fide that he was rescued by the brothers Pepë and Nikollë Kastori. In 1677, he succeeded his uncle as Archbishop of Skopje and Administrator of Roman Catholic parishes in the Kingdom of Serbia.[8] His religious zeal and patriotic fervour kept him at odds with Ottoman forces, and in the atmosphere of war and confusion which reigned, he was obliged to flee to Ragusa, from where he continued on to Venice and Padua, taking his manuscripts with him. In Padua he was cordially received by Cardinal Gregorio Barbarigo, Bishop of Paduaat that time, whom he had served in Rome. Cardinal Barbarigo was responsible for the church affairs in the East and as such he had a keen interest in the cultures of the Levant, including Albania. The cardinal had also founded a printing press in Padua, the Tipografia del Seminario, which served the needs of oriental languages and had fonts for Hebrew, Arabic and Armenian. Barbarigo was thus well disposed, willing and able to assist Bogdani in the latter’s historic undertaking.

After arranging for the publication of the Cuneus Prophetarum, Bogdani returned to the Balkans in March 1686 and spent the next years promoting resistance to the armies of the Ottoman Empire, in particular in Kosovo. He and his vicar Toma Raspasani played a leading role in the pro-Austrian movement in Kosovo during the Great Turkish War.[9] He contributed a force of 6,000 Albanian soldiers to the Austrian army which had arrived in Pristina and accompanied it to capture Prizren. There, however, he and much of his army were met by another equally formidable adversary, the plague. Bogdani returned to Pristina but succumbed to the disease there in December 1689. His nephew, Gjergj Bogdani, reported in 1698 that his uncle’s remains were later exhumed by Turkish and Tatar soldiers and fed to the dogs in the middle of the square in Pristina. So ended one of the great figures of early Albanian culture, the writer often referred to as the father of Albanian prose.

It was in Padua in 1685 that the Cuneus Prophetarum, his vast treatise on theology, was published in Albanian and Italian with the assistance of Cardinal Barbarigo. Bogdani had finished the Albanian version ten years earlier but was refused permission to publish it by the Propaganda Fide which ordered that the manuscript be translated first, no doubt to facilitate the work of the censor. The full title of the published version is:

Stained glass depiction of Pjetër Bogdani at the Catholic Cathedral in Prishtinë, Kosovo

The Cuneus Prophetarum was printed in the Latin alphabet as used in Italian, with the addition of the same Cyrillic characters employed by Pjetër Budi and Frang Bardhi. Bogdani seems therefore to have had access to their works. During his studies at the College of the Propaganda Fide, he is known to have requested Albanian books from the college printer: “five copies of the Christian Doctrine and five Albanian dictionaries,” most certainly the works of Budi and Bardhi. In a report to the Propaganda Fide in 1665, he also mentions a certain Euangelii in Albanese (Gospels in Albanian) of which he had heard, a possible reference to Buzuku’s missal of 1555.

The Cuneus Prophetarum was published in two parallel columns, one in Albanian and one in Italian, and is divided into two volumes, each with four sections (scala). The first volume, which is preceded by dedications and eulogies in Latin, Albanian, Serbian and Italian, and includes two eight-line poems in Albanian, one by his cousin Luca Bogdani and one by Luca Summa, deals primarily with themes from the Old Testament: i) How God created man, ii) The prophets and their metaphors concerning the coming of the Messiah, iii) The lives of the prophets and their prophecies, iv) The songs of the ten Sibyls. The second volume, entitled De vita Jesu Christi salvatoris mundi (On the life of Jesus Christ, saviour of the world), is devoted mostly to the New Testament: i) The life of Jesus Christ, ii) The miracles of Jesus Christ, iii) The suffering and death of Jesus Christ, iv) The resurrection and second coming of Christ. This section includes a translation from the Book of Daniel, 9. 24–26, in eight languages: Latin, Greek, Armenian, Syriac, Hebrew, Arabic, Italian and Albanian, and is followed by a chapter on the life of the Antichrist, by indices in Italian and Albanian and by a three-page appendix on the Antichità della Casa Bogdana (Antiquity of the House of the Bogdanis).

The work was reprinted twice under the title L’infallibile verità della cattolica fede, Venice 1691 and 1702 (The infallible truth of the Catholic faith).

The Cuneus Prophetarum is considered to be the masterpiece of early Albanian literature and is the first work in Albanian of full artistic and literary quality. In scope, it covers philosophy, theology and science (with digressions on geography, astronomy, physics and history). With its poetry and literary prose, it touches on questions of aesthetic and literary theory. It is a humanist work of the Baroque Age steeped in the philosophical traditions of Plato, Aristotle, St Augustine, and St Thomas Aquinas. Bogdani’s fundamental philosophical aim is a knowledge of God, an unravelling of the problem of existence, for which he strives with reason and intellect.

Bogdani’s talents are certainly most evident in his prose. In his work we encounter for the first time what may be considered an Albanian literary language. As such, he may justly bear the title of father of Albanian prose. His modest religious poetry is, nonetheless, not devoid of interest. The corpus of his verse are the Songs of the Ten Sibyls (the Cumaean, Libyan, Delphic, Persian, Erythraean, Samian, Cumanian, Hellespontic, Phrygian, and Tiburtine), which are imbued with the Baroque penchant for religious themes and Biblical allusions 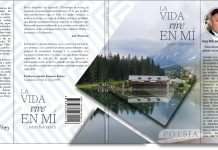 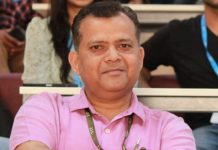 Dr. Dev Brat Gupta, India (member of the board of IWA... 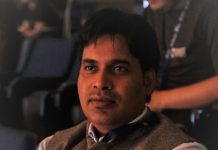