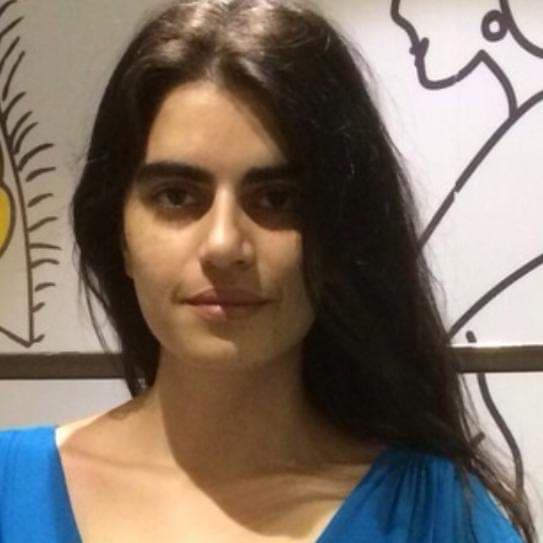 Tali Cohen Shabtai, is a poet she was born in Jerusalem Israel
Tali began writing poetry at young age of six, she was an excellent literature student.
She began Publishing her impressions in the school’s newspaper.
She firstly published her poetry in a respectful literature magazine in Israel the “Moznayim”at age 15

“Purple diluted in a black’s thick “ bilingual 2007
“Protest” bilingual 2012
“Nine years away from you”2018,
Two of her books are bilingual , and the third book  “Nine years from you” is scheduled to be published in foreign edition abroad.
Tali’s poems expresses spiritual and physical exile. Cohen is studying her exile and freedom paradox, Her cosmopolitan vision is very obvious in her writing Cohen Shabtai lived years in Oslo Norway, the USA. She is very prominent as a poet with special lyric”she doesn’t give herself easily, but subject to her own rules”.
Tali studied at the “David Yellin College of Education” for a bachelor’s degree. She is a member of the Hebrew Writers Association and the Israeli Writers Association in the state of Israel. In 2014, Cohen Shabtai also participated in a Norwegian documentary about poets’ lives called “The Last Bohemian”- “Den Siste Bohemien”,and screened in the cinema in Scandinavia.

To exit out the soul \translated by Eitan Medini

I have to pave
This road
Free of chasms

Otherwise
My wings will be
Split
Immediately

And my cloths
Cloths of
A prisoner

Last night
The salesman offer me
at the books’ desk
A book of collection of love songs
And I refused it.
They are not different
Than nice letters which granted
A roof for two
Between a sender and recipient
Most of them an absence of the
Sender exists

But with this to animate a lover in writing
Is an action with
Few steps
And often
Even overlapping
From – describing (the lover) by the elements
As of / altar / idol, holy of holy
Ritual and even a binding
Using an exaggeration like this is a curiosity
And a distortion

And love indeed distorting
The deficiencies

So let assume you understood
My approach
To the term love.

At that time she looked like a hostess in a house of ill
Repute,
Walking like a salonnière in her salon littéraire (never with visitors)
With that appearance of maison-close, then
She invited men to clean her old furniture
From new dust

I met her first seven years ago,
The time it took for her foundation
To blend un parfume
To her taste
Less than the time it took me to find
The favored delicacy for my
Lady cat

I barely could read her language, but –
We were aware to the provocation of
Douleur-pain.

She would not be surprised by any disgrace
I would bring into my life
Neither by any sensation I would choose to have
In my colors le matin.

She warned me from being a
Poète maudit – a cursed poet.
I watched her, I knew.

It all started with a clothes cuprard.

A nose with multiple faces\translated by Eitan Medini

When
I turn sideward
My nose
Is long
And sharpen

I do have a multi faces nose

My cat\translated by Eitan Medini

She has stolen the death, very fast
In the breaks between
Inhalation and exhalation
No number of soldiers will
Worship the death of a newborn
Of 4.9 kg
Who has been to ashes
I have been with her
One year 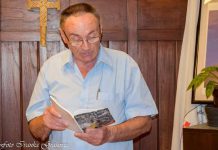