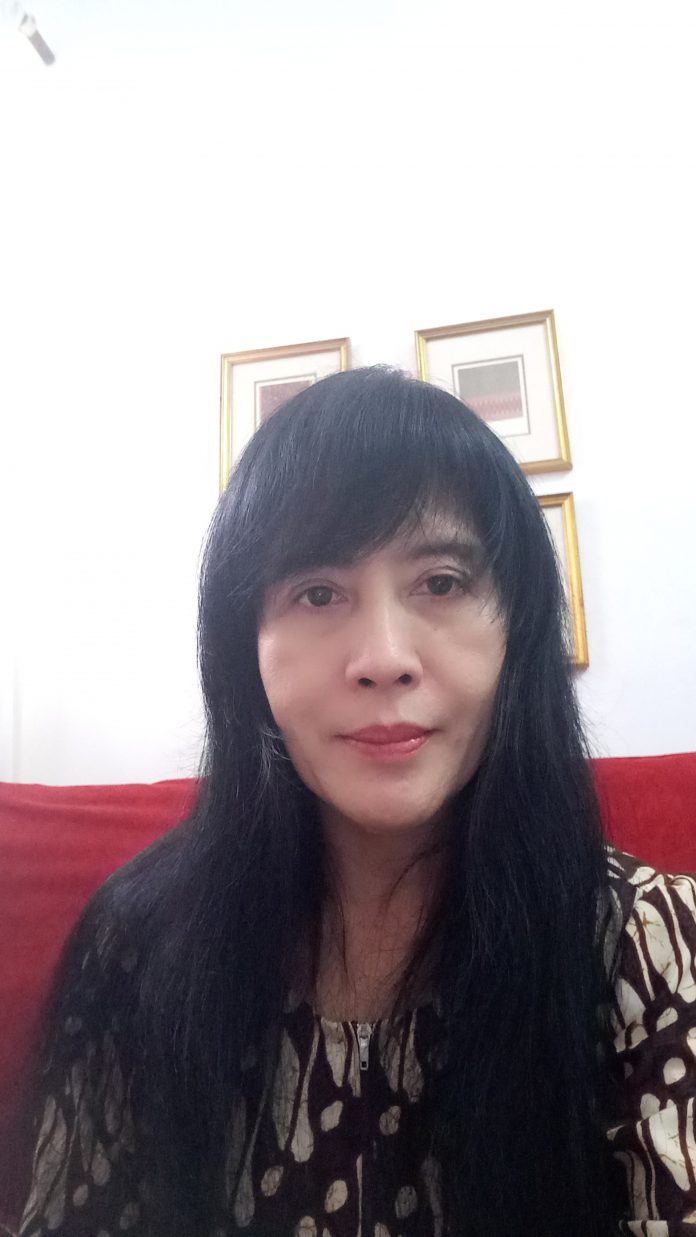 Ewith Bahar is a poetess, novelist, editor, translator and essayist  from Indonesia, and lives in Jakarta. She had a long time career in a mass-communication field, radio and television industry, as a TV host at Television of Republic of Indonesia (TVRI, a government TV station) for several cultural and musical programs. She has published nine books, in all genres, poetry, short stories, novel and essay. In 2015, she was a producer and publisher for Hungarian poetess’ bilingual poetry book, titled POISON (Racun), Kinga Fabo, for Indonesian market.  Ewith Bahar also organized Indonesian poets to publish their works into ten poetry anthologies since 2014. One of her poetry books,  Sonata Borobudur, got a prestigious prize from Indonesian National Library as The Best Five Indonesian Poetry Books 2019.  Ewith Bahar also loves teaching. She was a teacher at a Communication Institution, Interstudi and LEPPKINDO, and a public speaker for communications matters, creative writing and bibliotherapy.

Fetched by the dawn,

You and your time depart with early dew

The leftover fever still sticks on the velour blanket

The aroma of youth age, vaguely pervaded the air

Why too soon? I hear the echo of my own voice

And the amber tears roll down the cheeks

A salty and warm moisture, hidden for weeks

You sleep now with uninterrupted dreams

In the solemnity of funeral I hear your soft voice.

A miraculous open door leads to a place we found easily

We are amazed but torn between convinced and unconvinced

To comprehend the logical from illogical

We paint a life within a serious dream

Along the sleep, for a sublime life

And a mysterious super being

Finalizing it as a masterpiece

It just lies there,

as an ultimate surprise.

Without torch and the phone light’s turned off

Spirits’ whisper were welcoming my steps

The weep, moan and scream beneath the dark blue waves

Those packed hair-raising cries from years ago

They were there, and still are

Within the chest of the sea

Under the deep magenta sky

my feet sank in the grey sands

the noises faded out

waiting for the blackness

in the daylight my body’s quivered.