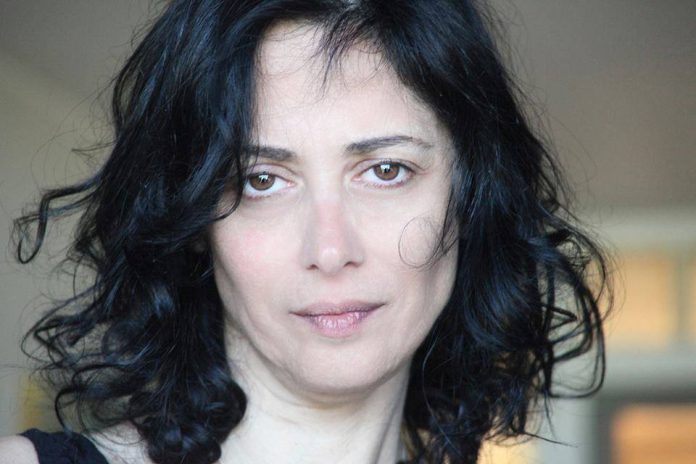 Lali Tsipi Michaeli is an Israeli poet. She immigrated from Georgia to Israel at the age of 7. She has published six poetry books so far. Attended
international poetry festivals. She was part of a residency program for talented writers in New York in 2018.
Her books have been translated into foreign languages in New York,
India, France, Italy, Georgia, Ukraina, Russןa, Romania, Turkish, China, among other countries. Michaeli was defined by Prof. Gabriel Moked as “Urban-Erotic Poet” in his book ” In real-time” and considered innovative by critics. In the Rabindranath Tagore International Poetry Competition, she won the Poiesis International Award for Excellence In Poetry (2020). And in the international poetry festival in Romania she won the European Grand Prix for Poetry (2021).

The transition from earth to heaven and again to earth

A place without a place.

My dad who remained an immigrant in an accent

and tie on a short shirt on a hot Mediterranean day

Raised us with a box of secrets from the past

That we left at home.

To my beautiful mother

who left her voice in another space

Children of the New World.

Her voice went with us like a hidden shadow.

She reborn us with a crying handkerchief

Which was tucked in the pocket of the floral dress that

Busy hands and ambitions for me.

I could not be different.

In a place without a place.

At the age of 7 I left Georgia as an immigrant to Israel with my parents and two brothers.

We arrived at the train-station with the feeling of a one-way ticket. We travelled until Moscow

Vienna from there we took a plane to Israel. We landed on another planet. It was mid-

January 1972. Since then from my point of view trains have been symbols of departure. Of

self-analysis. Of new life. Of loss. Not to mention the Jewish DNA that runs on the collective

memory of the train-tracks or vice-versa. There is nothing for me that symbolizes so

strongly the wandering the displacement and human sadness like the train. Even if it’s a new

transport. When I want to bring these things to light in my memory everything changes to a

collage of the trains I’ve seen in my life, in reality as well as in films, documentaries or art-

house. The train has turned into trainness and

My secret lover, you

An anarchist who corrects me

His language into my language

The one who will not see me on his land

The one that I will not see on my land

But our voices are floating

Your history is written

In ink that was produced

In the factory of my love.